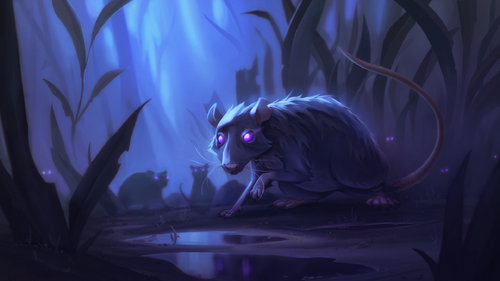 The Clan of the Rat. Composed of outcasts and led by the shaman Eir, the followers of the Rat can survive most severe of injuries. However, their dedication means their workers and fighters are ready to die to ensure the clan's survival.

Population's reserve can hold +4 villagers max. The maximum duration of Purification Pyre is extended to 6 months.

When killing neutral faction units, you gain some of their favorite tradable resources. Neutral faction buildings can house additional population.

Kröwns to train as military units.

Eir can sacrifice part of her Health to heal all your units in the zone over the next 5 seconds.

You can place up to two buildings of the same type in a zone, except

Flame of Muspelheim : You can summon